Jonathan Hyland grew up in the heart of the Six Rivers National Forest, Arcata California. He spent much of his youth on the local rivers strictly as a swimmer. His interest in kayaking began with his parents company picnics at the local lagoon and youth camps at Humboldt State University. With his interest sparked, Jonathan bought his first kayak at age 12. He kayaked through school and finally got more serious once graduating high school and earning the freedom to travel to any river he pleased. 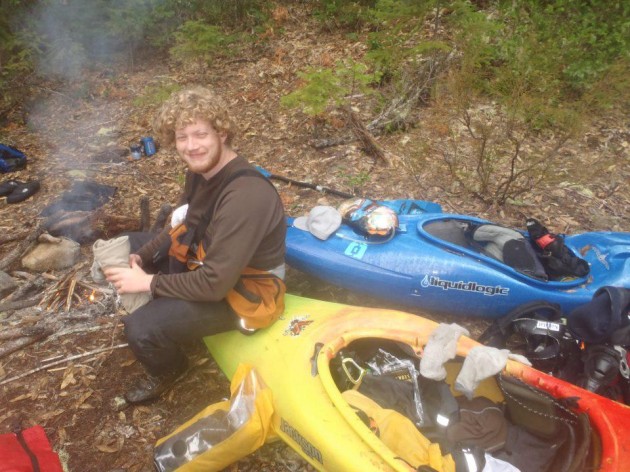 Jonathan, looking to kayak new things, eventually ran into another kayaking local, J.R. Weir! They began avidly exploring the rivers of the local forests and around the world, expanding their skills on and off the water. Jonathan’s love for seeing new people in the sport and J.R.s encouragement eventually lead to him taking an ACA instructors course in Coloma, CA with Mary DeReimer. 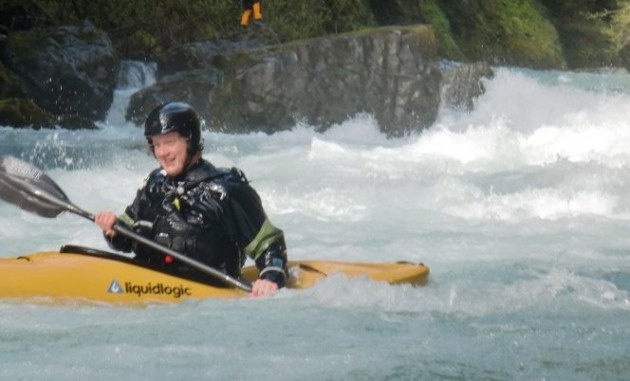 Jonathan continues to reside and expand his whitewater instructor skills on the rivers of Northern California and Southern Oregon. He still loves to travel and kayak in exotic far off places, but his first love is spreading the joy of kayaking!

This twirly water fall is called La Garganta Del Diablo on the Rio Claro in Chile. J.R. is in the orange boat down below.