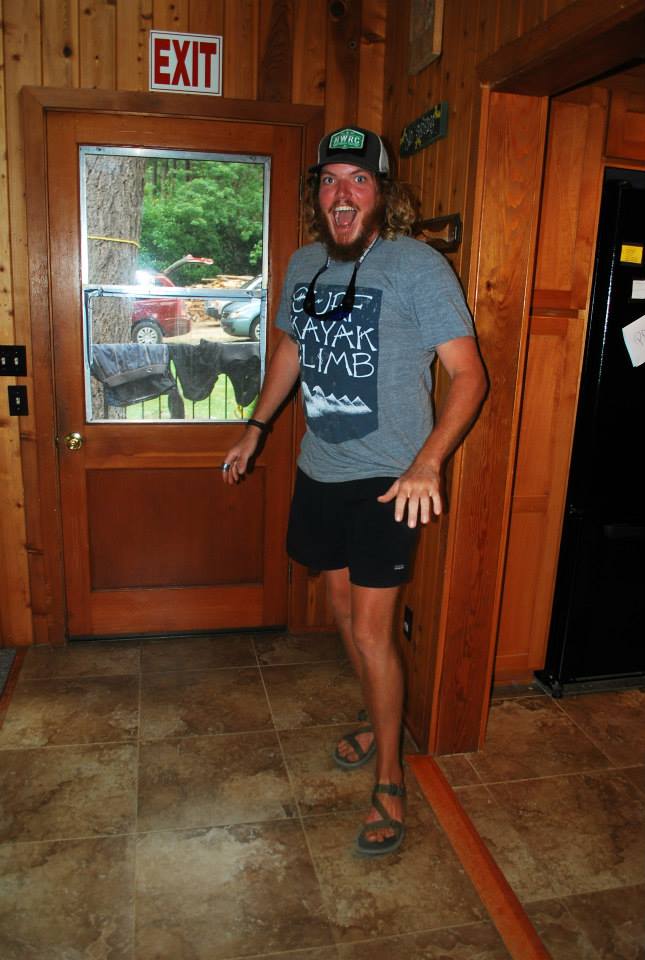 Nate Wilson grew up in South Carolina and despite the region’s widespread fame as a whitewater destination, managed to be ignorant of it for half his life. And thus it would have remained had a friend not unwittingly destroyed Nate’s promising math-letic career by introducing him to kayaking in the summer before his ninth grade year.  You could say he took to it, and promptly made up for lost time by floating/swimming down anything in sight. In the second half of his life, Nate has worked on rivers from North Carolina to Alaska, and for the last several years has been making camp along Oregon’s Rogue River. Highlights of his career include outrunning alligators and kayaking/swimming the Chattooga River’s bull sluice rapid at higher than anyone else he’s heard of.

Nate currently lives in northern Idaho and peels logs as some sort of karate kid-esqe exercise to help his kayaking. Additionally, Nate started a photography business as a way to further justify his frequent road trips. You can follow him at www.natewilson.org  Nate Wilson has been a key instructor at Sundance for 4 years.