Giving Back to the Smith River 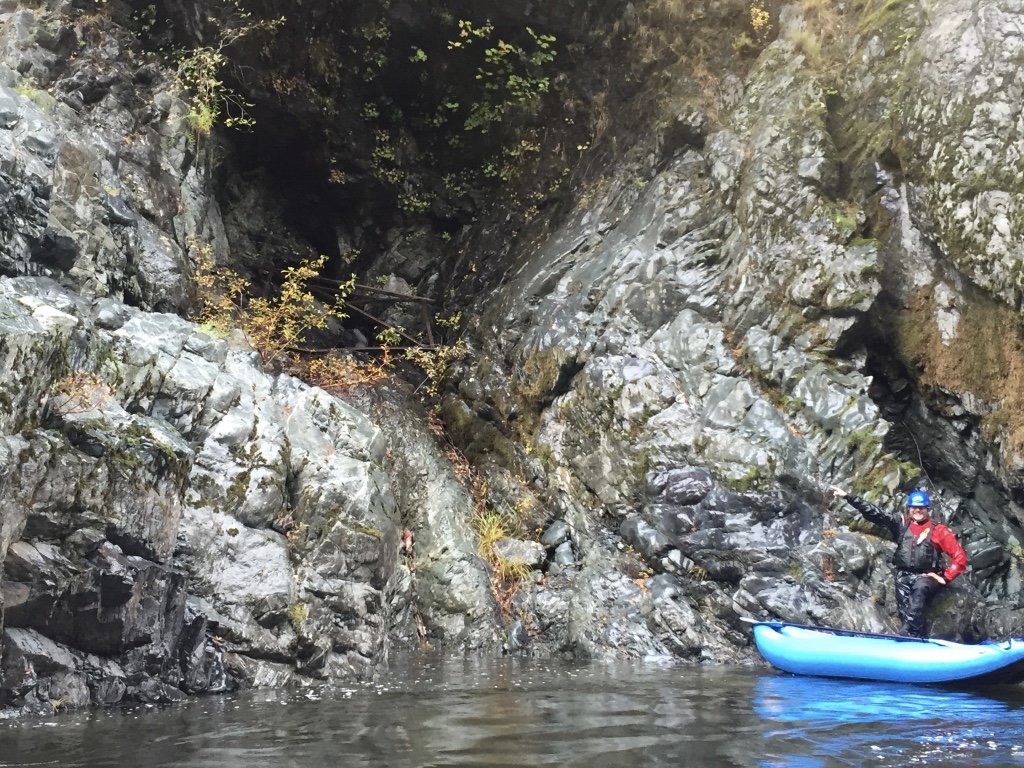 The goal: Remove a piece of scaffolding that was lodged in the bedrock on river right, opposite the road. The concern is high water could wash the scaffolding downstream and it could get lodged in the South Fork Gorge on the Smith River causing a potential dangerous entrapment hazard. 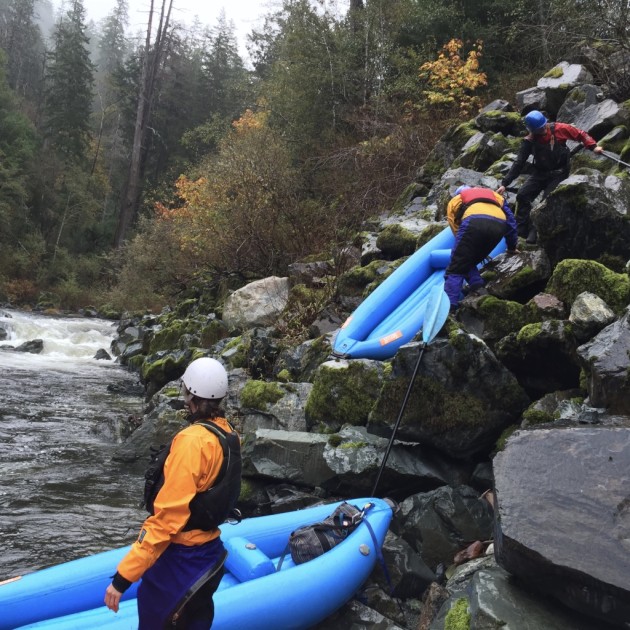 Putting in below Surprise Rapid on the South Fork Smith River

The Crew: Vimal Golding, Sunny Bourbon, Matt Olson and myself.

Initial Assessment: Vimal, Sunny and I swam across the river earlier in the day to take a closer look at the situation. After a quick assessment, we discovered the scaffolding was only being held in place by a medium boulder. We pushed on the boulder to see how easy it would be to move and it crumbled. Well – that was easy! Now that the scaffolding was free, we strategized our removal plan and swam back to get the appropriate gear.

Vimal, Matt and Sunny working to move the debris closer to river

The Plan: We would recruit one more person to help (thanks Matt for skipping fishing to come help us!), pick up two inflatable kayaks, two alpaca rafts and safety gear. We could strap the inflatable kayaks together and use it to float out the scaffolding. Two of us could paddle it and the other two can be safety in the alpaca rafts. Perfect, plan made. 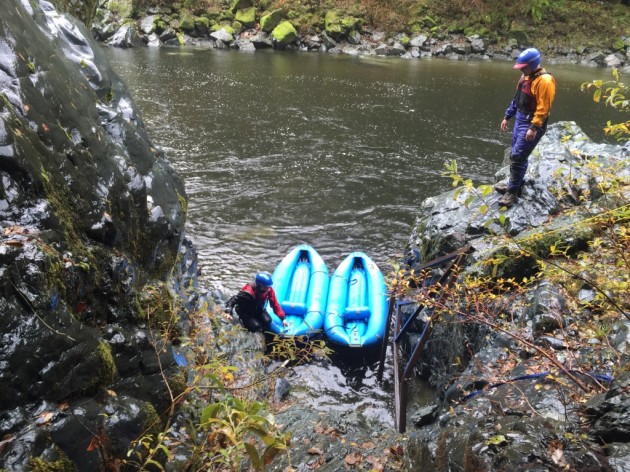 Getting Inflatable kayaks in place to float the scaffolding

The Removal Mission: We put-in below Surprise Rapid on the South Fork of the Smith River for the quickest access to the scaffolding. Once we arrived we strapped the inflatable kayaks together and started working to move the scaffolding. The rocks were slippery and there was limited space in the nook where the scaffolding was sitting. So, we set up a simple rope system to move it so none of us would be in harms way. After a few adjustments, we moved it enough that we could safely get it closer to the water. We slowly lowered it onto the inflatable kayaks and ta-da, a whole new river craft was created! We floated the scaffolding down to Craig’s Beach, the put-in for the South Fork Smith River Gorge run. 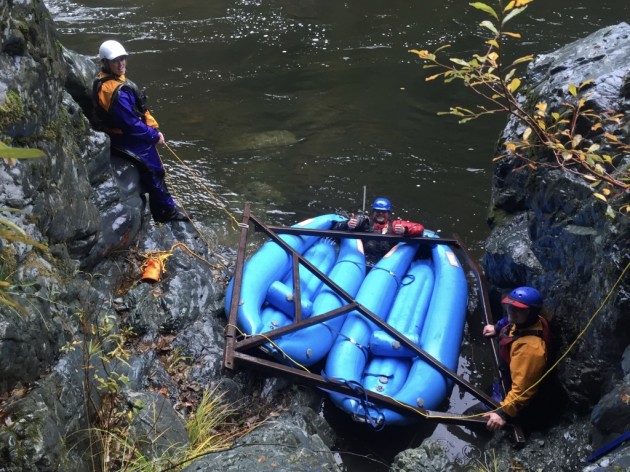 Making the final adjustments before securing the debris to inflatable kayaks

A big THANK YOU to the crew who helped remove the debris and Grant Wershkull at Smith River Alliance for recognizing the potential hazard before it became one. A special shout out to Vimal who had the whole plan already thought out, he just needed the right people to help him execute it. 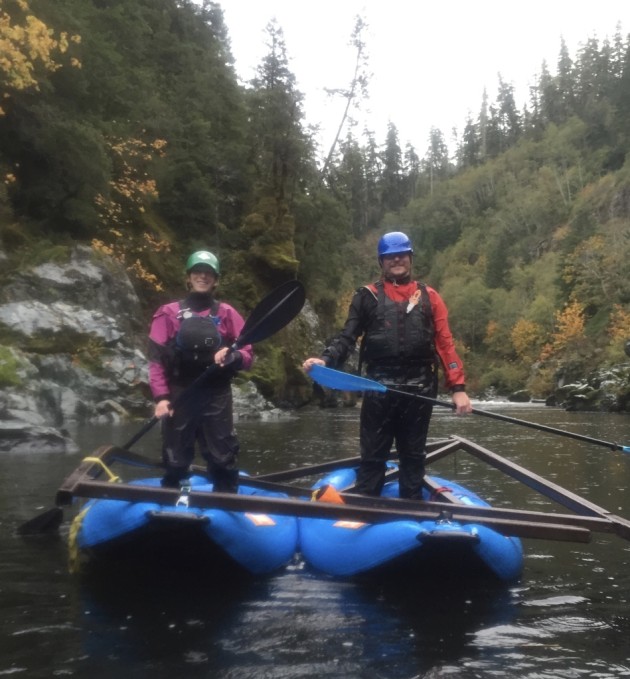 Vimal and I floating the new craft to the take-out at Craig’s Beach. Photo: Sunny Bourbon

JR's enthusiasm for life readily extends to all things whitewater and at Sundance, we consider him the guru of everything kayak. He spends his summers on the Rogue River as an awesome kayak instructor and during the off season, he gravitates toward any body of water that will give him some thrill. He tends to surround himself with others that share the same passion.
View all posts by JR →
← Hannah’s Inspirational Kayak Story
Aaron Blau’s Sundance Experience →