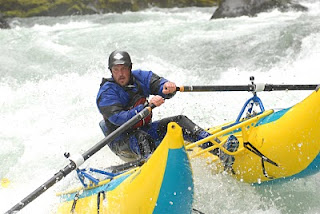 It’s that time of year again… March is right around the corner, and so is the Upper Wind River Festival!

On March 17, 2012, kayakers and rafters alike will flock to the Upper Wind River, near Carson, Washington, to take part in the first downriver race of the 2012 Western Whitewater Championships:Â a race series featuring downriver races in Oregon, Washington, and California.

TheÂ Upper Wind is a Class IV section of the Wind River, featuring everything from boulder gardens to ledge drops, and big water. (Wind River Description) 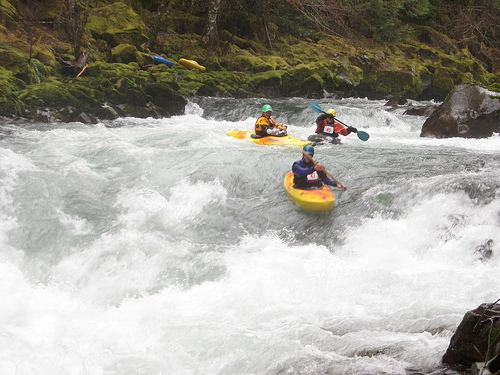 The race itself is about 3 miles long, averaging racers 25-30 minutes to complete the course. The start is located at the bridge at the put-in near Stabler, WA, and the take-out is located a few miles downriver. Open to rafters (R2), kayakers (long and short boat), and catarafters, it’s a great race, whether you’re a first timer, or a veteran racer!Â If your not the competitive type, it’s a great chance to paddle the river, set safety for the racers, or cheer them on! Spread the word, and come on out for a day of fun on the Upper Wind River! Hope to see you there in a few weeks! 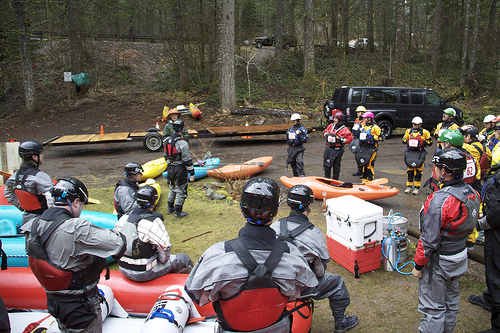 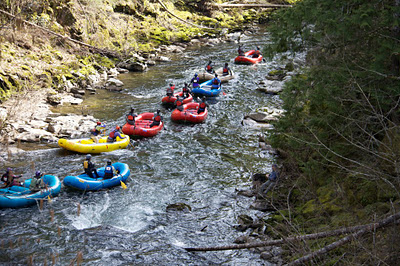 Kim Becker is a professional whitewater kayaker with a passion for any form of river play. A Bend, Oregon native, she grew up paddling (11 years ago!), and will always have a soft spot in her heart for the Deschutes River. She is 2010 and 2011 Women's Champion of the Western Whitewater Championship Race Series. She paddles for Wave Sport Kayaks, AT Paddles, Kokatat Watersports Wear, Snap Dragon Designs, and FiveTen.
View all posts by Kim →
← How to Boat Scout
North Fork of the Washougal →