2013 was an exciting year at Sundance!  We had an amazing year filled with new adventures and class offerings, combined with an extended teaching season.  We met many incredible people, saw some old friends and watched beginner kayakers “catch the whitewater bug”.  Here are just a few of the highlights: 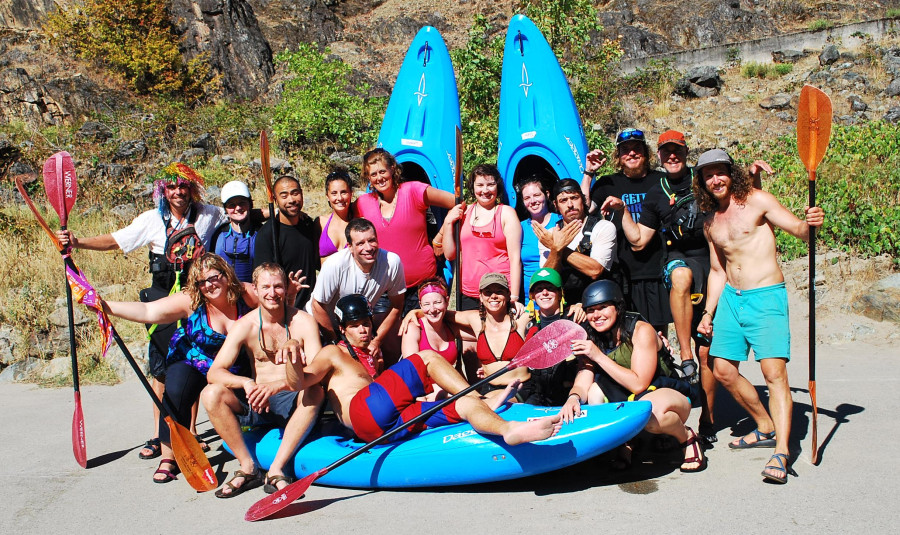 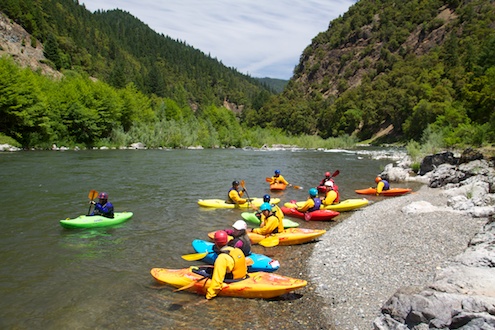 The classic 9 Day Kayak School is back!  We added an extra day to the Beginner portion of our Rogue Kayak Schools and it was a huge success.  The added day allows us more time at our riverside accommodations at the Riverhouse – the historic Sundance Lodge.  Beginner kayakers appreciated the extra warm-up day before heading into the Wild and Scenic section.  We’re looking forward to teaching three 9 day full immersion kayak schools in 2014.

Fire on the Rogue 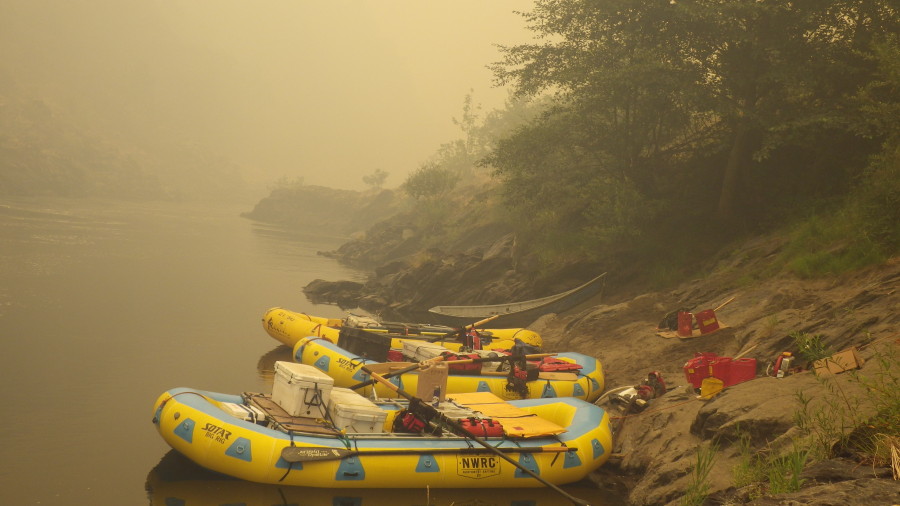 In late July a lightning storm started several fires on the Rogue River in Southern Oregon.  Known as the “Big Windy Complex”, this fire burned over 30,000 acres in the Rogue River corridor.  Thankfully fire crews were able to prevent the fire from jumping across the river.  Even though some of the shore was affected by the fire, the moisture in the blackberry bushes kept the Rogue looking good!  Rather than a burned wasteland, the river looks more like it got a summer haircut – a testament to the resiliency of the Rogue River canyon.  We’re looking forward to lots of new growth, as nature takes its course to replenish the wilderness this year.

JR Weir & Lori Turbes purchased Sundance Kayak School in the fall of 2013.  With JR’s 20+ years of experience with Sundance and Lori’s passion for kayaking and office management experience, we are proud to propel Sundance into the future!  Sundance has a tremendous history and has touched the lives of thousands of people for over 40 years.  The legacy is alive and well!  We’re excited to bring back the classic Sundance that so many have come to know and love.

A special THANK YOU from Team Sundance & an invitation to join us next year for Sushi on the Rogue River!

Thank you to all of our friends, family, co-workers, neighbors, and passersby on the river for an amazing year, and for your continued encouragement & support!  Sundance Kayak School is a special and unique experience for anyone lucky enough to have been involved with it. We have lots of awesome things happening in 2014 and we hope to see you back at Sundance. From all of us at Sundance Kayak School, we hope your New Year is filled with success, laughter and adventure. We’ll see you on the river!

JR's enthusiasm for life readily extends to all things whitewater and at Sundance, we consider him the guru of everything kayak. He spends his summers on the Rogue River as an awesome kayak instructor and during the off season, he gravitates toward any body of water that will give him some thrill. He tends to surround himself with others that share the same passion.
View all posts by JR →
← First Descents Kayak Camp
Smith River: Exploring The North Fork →